Is no one interested in the current state of the substructure of our national economy anymore?

One can make what they will of Donald Trump, but the American President, and thankfully other heads of state, have indeed understood the point that we have to reinvest more in our infrastructure. That is, not just as a means to generate new jobs, but to resolve a larger problem; large parts of the world live on the substance of their infrastructure and are walking with eyes open straight into a ticking time bomb. Do you not believe me? Here are a few cautionary examples: a study by the World Health Organisation assumes that currently close to 660 million people have no access to clean drinking water. More than 1,000 railway bridges in Germany are, according to data collected by the Alliance 90/The Greens, in a poor state. 46 percent of bridges at German federal highways have exceeded a critical condition. If these examples are not enough, the Institute of Economic Research refers to a study, to how the transport infrastructure is currently developing from a location advantage into a location problem. But what are the causes of global deterioration?

The retirement of infrastructure

Every infrastructure is always also linked to a certain complexity—and their crises logically also. Infrastructure means substructure and it builds the backbone of a national economy. However, this foundation has become fragile. Roads, tracks and waterways as well as energy and telecommunication networks are deteriorating. One reason for this is the age of many infrastructures. Many bridges in Germany were, for example, built in the post-war period or before. Almost half of the total 25,682 German railway bridges are more than 80 years old and their architects certainly had not taken today’s traffic density into account. Likewise, little thought was given to take early precautions—while new constructions were diligently being carried out, hardly any resources for refurbishment and maintenance were taken into account. Nevertheless, there is light to be seen at the end of the tunnel. Politics, science and economy are in agreement that TODAY in Germany more has to be invested in the preservation of infrastructure, so that TOMORROW, our children and grandchildren can use the substructure as a guarantor for prosperity. This is also not just a German trend. To do the growing demand for modernisation justice, governments and investors worldwide are planning to intensely invest in infrastructure projects. China wants to invest $6,000 billion in the next 10 years, Great Britain $375 billion until 2030 and the USA $300 billion in the next 4 years. However, are these investments sufficient or does our attitude towards infrastructure also have to change?

The creators and users of today

Our infrastructure is stuck in a lethargic dilemma. Again and again, I hear the sentence, “I pay some kind of price for some kind of quality over which I have no influence anyway.” Unfortunately, the majority of the users of infrastructure still show no strong interest in the infrastructure itself. The substructure, which essentially affects our everyday life, is perceived as given and non-influenceable. And indeed, the ‘price’ for infrastructure, which each citizen pays through taxes, especially in relation to indirect benefits, is very transparent. To that end, since the ‘product’ stands clearly in the focus of consumers of infrastructure, comes what the user receives about the use of the infrastructure. In the process, however, it is forgotten that in many areas, the quality of the ‘product’ is strongly dependent on the underlying infrastructure. In the last electoral campaign, this, along with the broadband expansion, was finally also a theme which could have prompted more people to think about it. Nevertheless, there remains in many areas a lack of awareness of the creators and users of the infrastructure.

The child of the time

Indeed where do this indifference and bad image come from? Why are we not much more interested in that which we use every day for granted? Particularly in Germany, this can be justified by the subjective perception of infrastructure. Concerning this, the most emotions and sentiments are consistently negative: too late, too expensive, not clean, clogged. The list could be expanded as necessary. This effect is reinforced further by many horror reports on infrastructure projects: the Stuttgart Station 21, the Rhine Valley Railway near Rastatt and the Berlin airport. However, also appertaining to the truth, the coverage of many projects was partly polemically exaggerated and as already described above, very much characterised by ignorance.

How are infrastructure projects planned? And how are they run altogether? Due to the missing investment in the infrastructure and large projects of years ago, many citizens are no longer familiar with such projects at all. In addition, some infrastructure operators are conspicuous from their lack of professionalism and are entrenched by negative examples in public perception. As operators, one must draw attention to one’s product and benefits. Mostly, there is also a lack of real customer orientation. But how would this work when one is not familiar at all with the requirements of one’s stakeholders, let alone pro-actively monitoring their requirements? The Dutch and the English show how it is done better. There, they are one step ahead and record and monitor the needs of their customers and what they are willing to pay for it. Furthermore, the operators of infrastructure—whether municipal or private—often lack ‘building owner’s competence’. Due to insufficient knowledge, too many activities are handed over to a host of operational service providers. Thus, the tail then often wags the dog, leading to inefficiencies, faults and delays.

A glimpse into the future

But it is not all bad—there are success stories and global role models. In the area of transport routes and structures, the local transport operator MTR from Hong Kong must be mentioned, which has to and does (cost efficiently) finance itself exclusively with its ticket prices and furthermore boasts extremely few delays. In addition to the necessary rethinking of the user, there are ways for infrastructure operators to pursue a professional path. The methods of value-based asset management lead to transparent and purposeful action by consistently motivated decision makers and operational staff. Infrastructure management means identifying the true infrastructure needs while protecting the environment and ensuring adequate quality at the best possible cost. Since 2011, I, with my company meliorate, lend my support to infrastructure proprietors and operators with these issues. 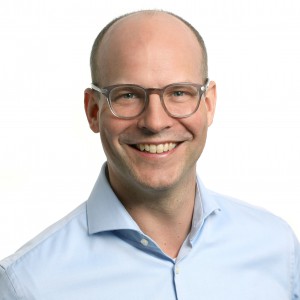